Many of my regular blog readers noticed that I took a few months off last fall from blogging. After three years of nearly weekly blog entries, it was a radical departure from my norm. I was happy to hear (actually!) that my blogging was missed, as I got emails, Christmas cards and word-of-mouth messages wondering what was wrong or what was going on.

Well, what was going on (now that I have a chance to breathe!) was LIFE! It seems that with teaching college classes, homeschooling my kids, having an exchange student (in high school...in sports...), and teaching and directing the faith formation program at our church, that all my time was tied up. From mid-August through October the harvest takes up any spare time I might have. Berries begin to ripen in August. This year the raspberry crop was tremendous and we had so many in and around our yard--many more than we could ever pick--so if I had 20 minutes here or there I would dash out and pick. Or else we would head out for a weekend of camping and berrypicking somewhere on the Peninsula. Or the onions, carrots, and potatoes were ready to pull in before the ground froze. Then we had 800 apples to harvest from our 2 apple trees. Even once the things were picked, I didn't have enough time to process them, so once everthing was 'in' I began to clean, chop, freeze or can.

There was a moment back in November at about 10 a.m. on a Thursday morning that I felt a tremendous sense of relief: I sensed I was over the worst of the craziness of the fall. Everything from the harvest that needed (really needed) to be 'put up' was put up. I snuck in a blog entry that day, excited to be 'back.' Yet I only managed to write another few entries between then and now. Life keeps happening.

When we first moved to Alaska the pace of life was slower. We didn't have a lot of friends, we lived way out of town so didn't run in and out much, the kids weren't in so many activities and neither were we. At the time I just regarded that as "life in Alaska," but now I know better. Life in Alaska can certainly be as busy and crazy as life everywhere else in the world. Pace of life is a choice of activities. Some people complain that there's not that much to do in Homer. Yet for us we have to choose between two or even three different activities going on at the same time some days. Do we go to this movie fundraiser or this sporting event or head out of town for a trip with friends? Or do we go to this concert or just take a few hours off and go home and read a book and chill? Many times I have to drop off one kid, pick up the next, run them home, drop off another kid, then start picking them up, glad to be home by 8 with the running done for the day.

On top of the busy-ness is the 'normalcy' of Alaska now. It has taken me three years to get to the point that what happens here is the 'norm' that I compare the rest of the world to. When I went back to Michigan for Christmas it was Michigan that was different, not Alaska that was different. And yet the biggest difference that I noticed was just the prices of things (waaaaay cheaper!), and everything else just seemed like life...in a different place.

My apologies for leaving you out cold for three months with no news on life from Alaska. If I do it again, it is probably for lack of exciting things to blog about (9 months of the year it's all about school stuff) or lack of time to write. I try not to be repetitious, and we have our favorite spots we go back to and enjoy again and again now. No need to bore you with that again... 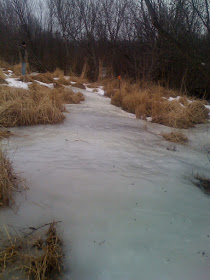 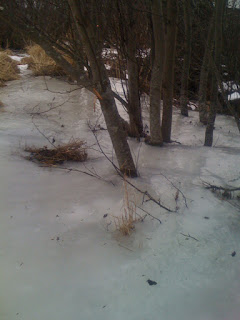 When I first moved to Homer I swore I would never live in this area where the roads are so icy, but here I am, living on the bench and dealing with ice daily. It is not as bad as I thought it would be. One learns to live with ice as one learns to live with snow or the cold or whatever other conditions face us!
No comments:
Share
‹
›
Home
View web version