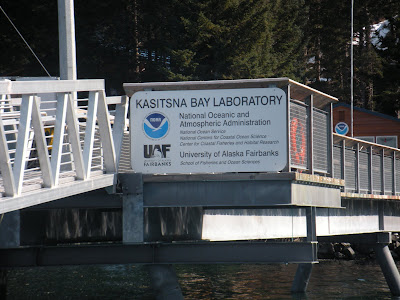 As part of the Connections Homeschool program, 7th-12 graders on the Kenai Peninsula were invited to the Kasistna Bay Laboratory this week for tidepooling education and career exploration. We were scheduled duri 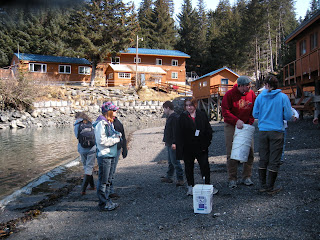 ng a couple of the lowest tides of the year: a -5.5 tide which happened within 30 minutes of our arriving at Kasitsna Bay. This facility is quite a place, and the tidepooling was incredible so I will do separate blog entries on each.

This research center was built before Alaska was a state back in the 1950's. Four generations of caretakers in the same family have lived on this location. Researchers come from all over to study marine life, work on doctoral and masters theses, and there is even equipment that assists with the Fairbanks aurora borealis reports.

For a small place tucked into the pines, there were many buildings, many which were built or renovated in 1999. 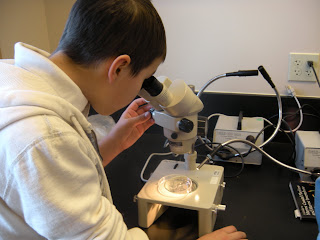 The wet lab building contained a large room where seawater could be pumped into tanks with some reserve going into holding tanks before being let back out to the ocean. There was also a classroom, microscope room, storage rooms and another smaller wet lab. The microscopes were high quality, and the lights for them are so powerful that if the light is turned up too quickly the bulbs burst from the heat.

The scuba shack contained lockers, a training room and the air tanks. Apparently the source of one's air is important when scuba diving, so the tank room was locked more securely than the other buildings. 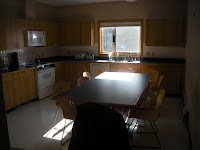 The dormitory where we stayed contained two large kitchens across the hall from each other, each with two refrigerators, stove, microwave and counters. A common area contained couches and a computer, while both upstairs and down bedroom suites shared bathrooms. Downstai 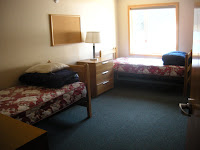 rs a laundry room was supplied with bedding, though we brought our own sleeping bags and pillowcases. Each carpeted bedroom contained two beds, dressers, lamps, a sink and a closet, opening into a bathroom with a shower and toilet. It was definitely comfortable. There was also a bunkhouse that contained 4 beds in each room (bunks). While we were there a group of high school students from Fairbanks were in that building.

A caretaker's house, the executive suite (for visiting professors or other dignitaries), a storage building for boats and cars, and a dry lab completed the ensemble, though there was such a conglomerate of buildings I am sure I missed some. The view, of course, was beautiful, with Mt. Illiamna rising above opposite shore of Kasitsna Bay. 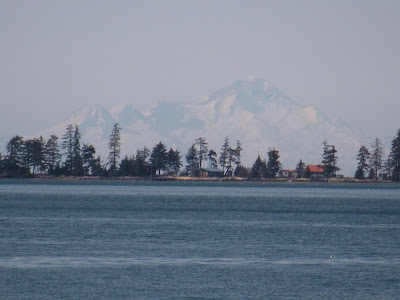 One of the fun items on the agenda (reserved for groups with responsible, well-behaved children) was for the kids was to try on the emergency wetsuits and take a swim in the bay. Though the suits were a bit big for most of the kids, they crawled in and were assisted in zipping the suits right up over their chins. The kids would walk into the water, looking like zombies, and then sit down and paddle out on their backs. Some kids tried to sit or stand up in the water and discovered that the water would come in at the neck if they did. My daughter said trying out the emergency suits was the highlight of this trip, exclaiming as she crawled out of her suit, "I'm used to being freezing cold when I'm in the ocean, but I was warm and dry!"

Our trip coincided with some of the lowest and highest tides of the year, which made things more interesting:

This is someplace I could handle coming for a vacation, particularly since it is attached to the so-called 'road system': dirt roads led from the research facility to Jakalof Bay about 3/4 mile to the east, while Seldovia was about 2 1/2 miles to the west. From Seldovia another road goes to Port Grahm. Many people come over and go mountain biking on the trails and roads 'across the bay.' What impressed me most, though, was the quality of the facility. It was simple but comfortable and would be a conducive place to conduct research from.

Please consider submitting something about homeschooling to the Carnival of Homeschooling. If you are interested, here are the instructions.

If this week is bad for you, you are always welcome to submit to future carnivals.

If a "blog carnival" is a new term, this might help.

Here is the archive of previous carnivals

Participating in a blog carnvial is a good way to get more exposure for your blog.

Thank you for your consideration.