Well, the new $10 million transfer station is open and I got to check it out yesterday.  It's pretty much the same setup as before except there are more areas to back in and dump your trash and for now it is all spiffy and new. 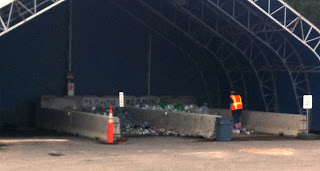 All the bags of trash just get thrown on the concrete floor in this building and then somehow it will probably be compacted and trucked up to the Soldotna dump.  I had an old mattress I was tossing and I threw it on the floor with the trash and a worker said that only the bagged trash goes up the road; the large things are still being buried in Homer and he pointed out the salvage/big stuff dump area past the new building. 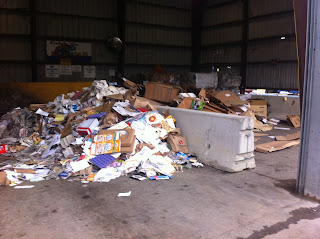 The old trash building is now the recycling area for paperboard, cardboard and newspapers, just big piles on the floor.  And the recycling building has been rearranged so now we're just throwing the plastic on the floor in there.


But my greatest worry was that they were going to start charging to drop off trash but that is not the case--it is still "free", at least at the spot though I'm sure our taxes cover it.